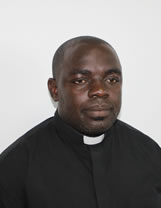 He did his Primary /Junior Education 1987-1996 at Mukanga Basic School in Mporokoso.

Did a programme in Security Management and Control under the Chishango Security Services in 2001.

Worked as a class teacher at Mo School and a visiting Teacher at EVATEC International School in Chingola 2006 – 2007.

Obtained a Diploma in Philosophy and Religious Studies in Mpima, 2008-2009